Are You Progressing Forward? 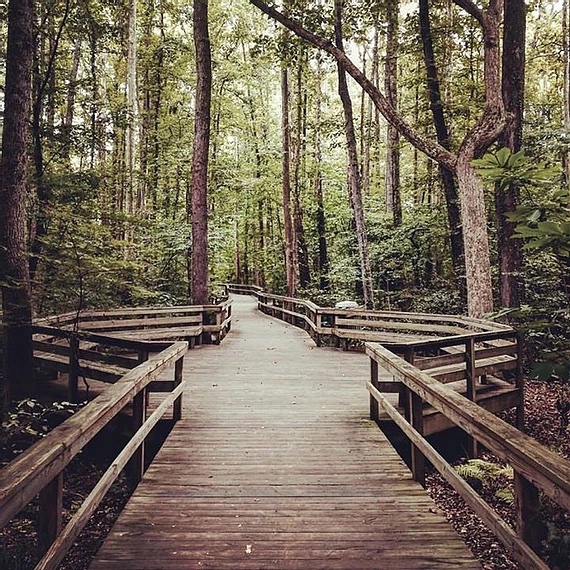 “There will be seasons in our lives where the path we are on will widen so that others can be a part of the journey. However, for us to continue further to where God is leading, the path will often become small again leaving no room for specific people to go with us. Everyone won’t always be with you on your path. Are you willing to progress forward at the cost of those that may not run with you?”

In September of 2015 I was walking through the woods on a trail that was a part of a local park in North Carolina. When I approached the widening of the walkway the LORD began to speak to me about the dynamics of those who are around me. It was a clear statement with the perfect visual that I could understand. I have weighed those words from that day as they seem to have a major role in my life. Over nearly 19 years of ministry I have seen those who came and went. Those who declared that they were with us until the end, and those who actually remained. Our path throughout this journey has been overwhelming at times. We have seen what many would call success, only to be left with a hunger of more. We have seen ministries grow and ministries dwindle. It has been a wild journey to say the least.

While dwelling on these words again I found myself realizing that there was something much more important to what the LORD spoke to me that day. When I originally heard the statement I immediately thought of those who were no longer a part of the journey we are on. I spent a lot of time thinking about those who came and went. Honestly, I spent a lot time missing those who once walked with us. When those thoughts invaded my mind, I easily became heartbroken over those who are no longer a part of our journey. Ministry can be a very lonely life and at times the loneliness will leave you questioning more than you should.

And then it hit me…”Are you willing to progress forward?” It was at that moment that I began to realize what the LORD had been teaching me that day. The life we live has been full of gains and losses. I was spending a lot of time dwelling on the losses. Honestly, too much time! Recently when I say this picture again the LORD spoke to me and reminded me to never stop walking. At first I responded that I was walking, but quickly conviction hit me as I realized when I looked at this specific picture that I had actually stopped. I stopped to sulk in the moment about how difficult this journey has been.

You see, it’s not that God is simply reminding us that people will come and go. He’s trying to teach you and I that the most important thing we can do along this journey is to progress forward at any cost. Can you say goodbye to those who choose to remain if it means you must move on? When your family doesn’t understand what’s hidden in the depths of your heart. When your friends don’t understand the vision that has been birthed within your spirit. When those you attend church with don’t understand why you would want to abandoned the perfect place for somewhere that only pioneers are willing to go.

We all get stuck from time to time in the moments of life, but God is reminding us to keep progressing forward. In Luke 9:62, Jesus said, “No one, after who putting his hand to the plow and looking back, is fit for the Kingdom of God.” The problem that many have today is not in looking back, but it’s moving forward. You’ve put your hands to the plow and at one time you cultivated the land before you, but now you are standing still. You’re not looking back, therefore you feel secure. However, you aren’t moving forward either.

Many will come, many will go…even though, are you willing to progress forward at the cost of those that may not run with you?