Choosing to Descend Rather Than To Ascend 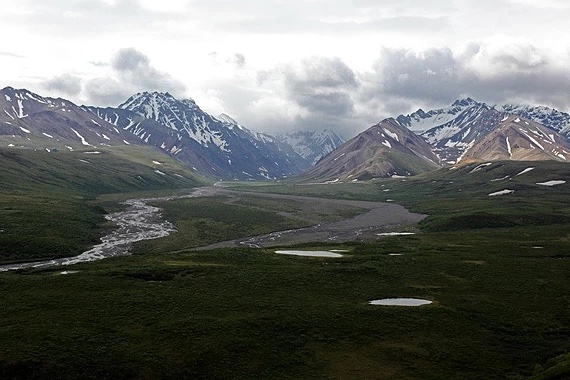 In September of 2015, I had a dream that I believe God gave me in order to reveal two important revelations to myself and others. In the dream, I found myself on the side of a mountain with my dad. The mountain had a semi-rough terrain, but overall it would not prevent us from climbing. We had come to a place where we sat down to rest on the side of the mountain. I remember looking around the landscape and admiring how everything appeared. Within moments, I looked over at my dad and saw that he had stood up and began to go back down the side of the mountain. I yelled at my dad, “Dad, what are you doing?” In which he responded, “I’m going this way, it’s easier this way.” Immediately, after that statement, my dad fell to the ground. His feet went out from underneath him (he was wearing cowboy boots) causing him to fall. He reached out his arms to catch himself and then hit the dirt. He quickly bounced back up saying that he was okay. I yelled down and said, “Dad, are you okay?” Once again, he said that he was fine. Then I remember looking down and noticing that his right arm was bent completely backwards at the elbow. Somehow in the dream, I knew instantly that he had broken his elbow. I yelled, “Dad, look at your elbow. It’s broken. You broke your elbow, are you okay?” Not only was his elbow broken, but his forearm and hand were going in the opposite direction. Rather than his forearm and hand going into the body, they went out from the body. He reassured me that he was okay and he was going to go on the way he was going, which was down the mountain. It was then that I woke up from my dream.

When I sat up that morning, I knew that this wasn’t any typical dream and that God was trying to tell me something. So I began to search out the revelation of what He was saying. Let me give you some background information about my dad. He is a 100% DAV, which means he is a Disabled American Veteran. He served this country in the Air Force during the late part of Vietnam. My dad is the kind of individual that unless you really knew him you would never know that he is very sick. He never complains, never admits to how much pain he is in, and always has a positive outlook on the current situation. He is a very dedicated husband and father, but is not involved in any aspect of ministry other than being a servant of God. He has been a child of God for a number of years, but is not a Pastor, Apostle, Prophet, Deacon, Elder, etc.. My Dad is simply my Dad. BTW, he also wears cowboy boots regularly. There are applications in the dream that are so natural to my dad, but appear to be out of alignment and that’s why I believe that God is actually saying something to Natural and Spiritual Fathers.

To begin with, in my prayers concerning the meaning of the dream I first asked the Lord, “if you are telling me something about Spiritual Fathers, why did I see my Dad in the dream and not my Spiritual Father.” Quickly I heard the Lord say that if I had seen my Spiritual Father I wouldn’t have recognized him as a Father, but as the Prophet that he is. My searching out for understanding continued and my revelation grew. The Lord began speaking to me that He has positioned Fathers (Spiritual & Natural) to climb mountains, but because it has become difficult to climb. They are no longer willing to climb instead they are choosing to descend rather than to ascend. God has raised up fathers who are supposed to be teaching Sons and Daughters to climb mountains, but because they have taken time to sit down they are recognizing that it’s easier to go down rather than to keep going up. The Lord reminded me that in my dream the landscape of the terrain wasn’t that difficult and He said that Fathers aren’t making decision based on how difficult the climb is, but because the easier is more appealing to their current situation. Current situation? What?

Before I answer that question, let me interject another aspect that the Lord revealed. I saw that the reason my dad fell was because he was trying to climb in cowboy boots, which is natural to him, but definitely wrong for climbing mountains. I knew instantly what the Lord was saying because boots were not the proper attire that he needed to wear in order to climb. We have fathers (Spiritual & Natural) trying to teach son/daughters how to go places to further advance them, but those same fathers are properly wearing in correct attire. Their feet are shod with the wrong gear. You can’t take others where you are not prepared to go yourself.

OK, now the current situation. Remember the part about the broken elbow. Yeah, who breaks their elbow? How do you even break an elbow? I had to call a friend for some more in depth revelation that helped me put more understanding to the dream. So, I called Jason Armstrong (Remnant Fire Ministries). I called Jason because of his wealth of knowledge and understanding concerning dreams, therefore, he could possibly he might have some light that can be shared concerning the elbow. Jason informed me that for an elbow to be broken it would have to be an intentional break. He said that normally the only way for an elbow to be broken would be from a purposed blow, such as one in a MMA fight. In the majority of cases an elbow would not be broken when someone falls (he had not heard my dream yet). If a person fell, they would have a higher chance of breaking their wrist, hand, arm, or shoulder before the elbow would be broken because the elbow was created to give. The fact that Jason told me that to break an elbow had to be intentional, caught my attention. Jason would go on explaining that the elbow has two motions which are, flexion and extension. And BOOM it hits me.

Before my conversation with Jason I kept thinking that the elbow had something to do with the significance beyond the natural. First of all, I knew that because of the elbow being broken that the hand wouldn’t be able to be used. Remember, in the dream, it was the right elbow that was broken which caused his forearm/hand to go away from the body. My first understanding of the dream was that the elbow represented a RIVER. Yep, a river. When there is a bend in the river it is often called the elbow. I knew this and my mind went there first. My first understanding of the dream was that God has called Fathers to teach Sons/Daughters to ascend, but because they are choosing the easier way, they are falling and in the midst of falling they are creating new rivers. We have to remember that there is a River of God that we are supposed to be a part of, but because Fathers are unwilling to climb, they are changing the course of the river into a direction that moves away from the Body. When a river changes its course, it creates destruction in its path creating opportunity for what once lived in the river to now die and also creates the opportunity for new species to have life. Also if a river changes its course, it will change where it was designed to deposit into. With no direction to deposit into the river can dry up, destroying the path and everything that once had life in it.

Although I felt comfortable with this understanding it still bothered me because the river seemed odd to fit along the lines of a natural elbow. And that’s when Jason reminded me that the elbow has two motions, which explains that the elbow in the dream has two revelations. Remember that my dad is a DAV…Jason said something that rang so true when he said, “We got a lot of wounded warriors trying to be fathers.” That’s it! That’s the other application. God is saying that we have Fathers that have been so wounded over time that they are no longer willing to climb with their Sons/Daughters. They are no longer willing to be prepared in the proper attire to climb. Because they have become wounded warriors for the Kingdom, they recognize that the descent is a lot easier than the ascension. When they fall, they are quick to acknowledge there is nothing wrong with them and everything is ok. They are hurt and in pain, but instead of saying they are in the shape they are in, they keep going down abandoning the sons/daughters along the way. Because of broken elbows, Fathers loose the use of their hands. Those hands that release the impartation of anointing, power, healing, authority. The broken elbow blocks the extension or the reach that is intended. Fathers aren’t able to get a hold of, or grip, what is necessary to equip sons/daughters.