Is the Double Minded Being Exposed? 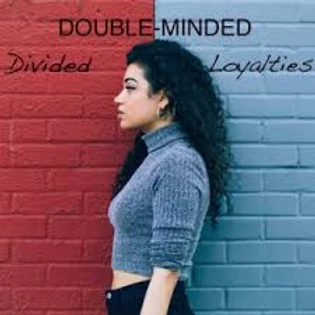 James 1:2-8 “Consider it all joy, my brethren, when you encounter various trials, knowing that the testing of your faith produces endurance. And let endurance have its perfect result, so that you may be perfect and complete, lacking in nothing. But if any of you lacks wisdom, let him ask of God, who gives to all generously and without reproach, and it will be given to him. But he must ask in faith without any doubting, for the one who doubts is like the surf of the sea, driven and tossed by the wind. For that man ought not to expect that he will receive anything from the Lord, being a double-minded man, unstable in all his ways.”

We get the understanding of being double-minded from the Greek word dipsuchos, which means “a person with two minds or souls.” This word only appears in the book of James (1:8, 4:8). James is describing how a person who often doubts is a double-minded person. This type of a person is “unstable,” meaning “unsteady, wavering, in both their character and feelings.” A double-minded person is often restless, confused by their decisions, their actions, and/or their behavior. It is a very difficult truth to accept, but the reality is that when a person demonstrates being double-minded it is revealing that they do not have the faith spoken of in Hebrews 11:1, 3. It is impossible to be both certain and doubting, such as it is with a double-minded person. One part of the mind is sure of something, while the other part is filled with doubt. Jesus declared, “No one can serve two masters. Either he will hate the one and love the other, or he will be devoted to the one and despise the other” (Matthew 6:24).

Ultimately, to be double-minded is to be inconsistent, yet giving reason to be and act one way today and be and act some other way tomorrow. It reveals its roots when life becomes unstable creating an unsettling within the mind. The individual who is double-mind will live by a double-standard, often exemplifying a two-faced type of personality. Individuals who are double-minded eventually build up a reputation in which they aren’t faithful and cannot be trusted. You cannot put confidence in a double-minded man. “Confidence in an unfaithful man in a time of trouble is like a broken tooth, and a foot out of joint” (Proverbs 25:19).

The Body of Christ has completely missed the point of Unity! Many within the Body of Christ are trying to draw others into unity, as long as it fits their concept of what unity looks like. Yet, I find it ironic that few in the Body of Christ are actually willing to “…all come to the unity of the faith and of the knowledge of the Son of God, to a perfect man, to the measure of the stature of the fullness of Christ; that we should no longer be children, tossed to and fro and carried about with every wind of doctrine, by the trickery of men, in the cunning craftiness of deceitful plotting, but, speaking the truth in love, may grow up in all things into Him who is the head—Christ— from whom the whole body, joined and knit together by what every joint supplies, according to the effective working by which every part does its share, causes growth of the body for the edifying of itself in love.” (Ephesians 4:13-16).

We are inundated by individuals who will seek one thing with a seemingly sincere heart, but all the while they have an agenda that is personal, political, or truthfully not in the best interests of others. It’s about their name, their product, their agenda, their purpose, their recognition, their honor, their crowd(s), and the list goes on and on. Everyone and anyone who is recognized as a potential threat must be removed and labeled as rebellious and/or difficult to handle. It is impossible to bring the whole Body together for the edifying of itself in love when we are not first unified in FAITH and the KNOWLEDGE of THE SON of GOD. Why is this? Without the foundation of unity in Faith and Knowledge, we become tossed around and carried about with every wind of doctrine, trickery of men, and deceitful plotting.

Look at the life of Dietrich Bonhoeffer who is well known for his book, The Cost of Discipleship (1937), in which it brought forth a call to more faithful and radical obedience to Christ, and within the pages it also brought a severe rebuke of comfortable Christianity: “Cheap grace is preaching forgiveness without requiring repentance, baptism without church discipline, Communion without confession. … Cheap grace is grace without discipleship, grace without the cross, grace without Jesus Christ, living and incarnate.” Bonhoeffer taught pastors in an underground seminary, (Finkenwalde) where the government banned him from teaching openly. The seminary would eventually be discovered and closed. At this point in his life, The Confessing Church that Bonhoeffer was a part of, was very reluctant to speak out against Adolf Hitler, so Bonhoeffer had to change his strategy. Up to this point in his life he had been a pacifist in opposing the Nazis through religious steps and/or intellectual persuasion. Bonhoeffer aligned with the German secret service as a double agent. He would travel to church conferences all over Europe, where he was supposed to collect information about the places he visited. However, he was helping Jews escape Nazi oppression. We know now that Bonhoeffer would also became a part of a plot to overthrow, and later to assassinate the German Dictator Adolf Hitler. Bonhoeffer once said, “To be a Christian does not mean to be religious in a particular way, to make something of oneself (a sinner, a penitent, or a saint) on the basis of some method or other, but to be a man—not a type of man, but the man that Christ creates in us. It is not the religious act that makes the Christian, but participation in the sufferings of God in the secular life.”

Today we look at the man and actions of Dietrich Bonhoeffer and we celebrate his life. A life in which we deem faithful, courageous, bold, strong in the Lord, and one willing to surrender all for the sake of The Gospel. Ironically, had Bonhoeffer done anything remotely similar in our current day, he would quickly be labeled as offensive, divisive, hateful, bitter, rebellious, and a trouble maker. We often admire the life once it is gone from this world while failing to honor the faith in which they demonstrated during their life. Our world is ever-so changing at a rapid speed. The church in the United States is no where near the level of persecution that has engulfed the church in other nations such as China, North Korea, Afghanistan, Somalia, Libya, or Pakistan (just to name a few). And yet, persecution towards Christianity is digging its roots within the fabric of the American Church. Meanwhile, the abortion rates continue to rise, the numbers of human trafficking are growing at a rapid pace. Yet in pulpits we are determined to talk about prosperity, faith, healing, miracles, and the supernatural with our words merely because we have failed to demonstrate the Word. We have an abundance of gimmicks and tricks of the trade. We have marketed the language of speaking life over death, yet walk in the abundance of fear under the discretion of recommendations. We cheer on the John G. Lakes, Oral Roberts, Kenneth Haggins, and others. But the moment we are faced with the opportunity to demonstrate the Love of The Father, we would rather talk about His Love because we recognize that talk will get Likes, Shares, and Retweets.

I do not believe that this virus is from God. I do not believe that God sent the virus. However, I do believe that God has permitted this virus to reveal the sickness that is within the hearts of many in The Body of Christ. God is revealing the double-minded within The Body of Christ. Those who will declare His word today, and live by another way because it’s the most logical thing to do. Please hear my heart and do not try to make me out as a rebellious individual. I know that there are times in which being practical is the smartest thing we can do. I also know that there are times that being practical is triumphed over through Faith. I am in no way implying that everyone who took practical measures were wrong, nor am I saying that they lack faith. However, we must also recognize that Jesus literally touched the Lepers! Yet, by today’s standards He would be rejected and not welcomed in the building because he didn’t abide by the recommendations concerning leprosy.

Fear can easily take root, disguised as wisdom. A decision that would make the most sense to you in order to prevent something from happening, could do much more harm than good if you aren’t making decisions within God’s will. Faith should be built from the foundation of the power of God’s Word in your life. God and His Word must be the supreme source for wisdom. It should not be what you simply think, or what other people tell you either. When you pursue God’s wisdom first, He will bring the right people to you. They will support and encourage you. Yes, there is wisdom among the counsel, however, you should not seek man’s wisdom before you seek the wisdom of God. He will help you make your actions deliberate and effective, instead of panicked and pointless.

“These things I have spoken to you, that in Me you may have peace. In the world you will have tribulation; but be of good cheer, I have overcome the world.” (John 16:33)

“And my speech and my preaching were not with persuasive words of human wisdom, but in demonstration of the Spirit and of power, that your faith should not be in the wisdom of men but in the power of God.” (1 Corinthians 2:4-5)

“pray without ceasing, in everything give thanks; for this is the will of God in Christ Jesus for you.”

“But he who doubts is condemned if he eats, because he does not eat from faith; for whatever is not from faith is sin.” (Romans 14:23)

“In the multitude of my anxieties within me,Your comforts delight my soul.” (Psalm 94:19)

“There is no fear in love; but perfect love casts out fear, because fear involves torment. But he who fears has not been made perfect in love.”(1 John 4:18)

It is not my intention to come across critical or demeaning towards any individual(s). It is my intention to stir your heart with the conviction of Holy Spirit in accordance to His Word. Repentance through the conviction of Holy Spirit is urging the Body of Christ in this moment. What will you do with what is being exposed? While a plague captures the eyes of Nations, The Father has revealed the sick hearts within the Body of Christ so that they may return to their First Love before HE spits the Lukewarm out.