The enemy wants your Vision 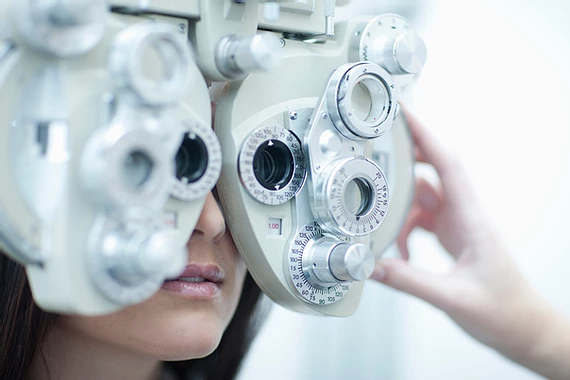 John 10:7-10 (NASB) “So Jesus said to them again, “Truly, truly, I say to you, I am the door of the sheep. All who came before Me are thieves and robbers, but the sheep did not hear them. I am the door; if anyone enters through Me, he will be saved, and will go in and out and find pasture. The thief comes only to steal and kill and destroy; I came that they may have life, and have it abundantly.”

Many are very familiar with this passage of scripture. We have quoted verse 10 multiple times, and yet we often find ourselves at a loss when the enemy attacks. Have we ever thought about what the enemy is really after? I mean, we know the basis is that he comes to steal, kill, and destroy. But, what exactly is he trying to steal? What is the kill? And, what is it that he is destroying? Now there are a multitude of answers that can easily be placed in here and we would be satisfied, but what if there is a potential root to the premise. Let’s think of it this way, an apple tree produces an abundance of apples, and yet it began with a seed. The apples differ in size and even in range of color. There may be 100+/- apples on a single tree, but it first began as a seed. With that in mind, we can acknowledge that there is an abundance of different things that the enemy comes to steal, kill, and destroy. But, what is the seed (an/or root) of the strategy of the enemy?

Let me ask you this…what was Delilah after concerning Samson? Many will say that she was after the secret of his strength. Samson was a huge threat to the Philistines and they needed to know his secret so that they could find him in weakness in order to defeat him. Sounds good, but truthfully that’s not what they were really after.

Judges 16:15-30 (NASB) Then she said to him, “How can you say, ‘I love you,’ when your heart is not with me? You have deceived me these three times and have not told me where your great strength is.” 16 It came about when she pressed him daily with her words and urged him, that his soul was annoyed to death. 17 So he told her all that was in his heart and said to her, “A razor has never come on my head, for I have been a Nazirite to God from my mother’s womb. If I am shaved, then my strength will leave me and I will become weak and be like any other man.”

18 When Delilah saw that he had told her all that was in his heart, she sent and called the lords of the Philistines, saying, “Come up once more, for he has told me all that is in his heart.” Then the lords of the Philistines came up to her and brought the money in their hands. 19 She made him sleep on her knees, and called for a man and had him shave off the seven locks of his hair. Then she began to afflict him, and his strength left him. 20 She said, “The Philistines are upon you, Samson!” And he awoke from his sleep and said, “I will go out as at other times and shake myself free.” But he did not know that the Lord had departed from him. 21 Then the Philistines seized him and gouged out his eyes; and they brought him down to Gaza and bound him with bronze chains, and he was a grinder in the prison. 22 However, the hair of his head began to grow again after it was shaved off.

23 Now the lords of the Philistines assembled to offer a great sacrifice to Dagon their god, and to rejoice, for they said, “Our god has given Samson our enemy into our hands.” 24 When the people saw him, they praised their god, for they said, “Our god has given our enemy into our hands, Even the destroyer of our country, Who has slain many of us.” 25 It so happened when they were in high spirits, that they said, “Call for Samson, that he may amuse us.” So they called for Samson from the prison, and he entertained them. And they made him stand between the pillars. 26 Then Samson said to the boy who was holding his hand, “Let me feel the pillars on which the house rests, that I may lean against them.” 27 Now the house was full of men and women, and all the lords of the Philistines were there. And about 3,000 men and women were on the roof looking on while Samson was amusing them.

28 Then Samson called to the Lord and said, “O Lord God, please remember me and please strengthen me just this time, O God, that I may at once be avenged of the Philistines for my two eyes.” 29 Samson grasped the two middle pillars on which the house rested, and braced himself against them, the one with his right hand and the other with his left. 30 And Samson said, “Let me die with the Philistines!” And he bent with all his might so that the house fell on the lords and all the people who were in it. So the dead whom he killed at his death were more than those whom he killed in his life.

It’s about your Vision

The strength of Samson was never the goal. It was his vision. The enemy of Samson knew that even if they discovered his secret, Samson would regain his strength. However, if they took away the vision of Samson it would automatically limit his strength. Satan isn’t after what makes you strong. He is after your vision!

* Proverbs 29:18 (NASB) Where there is no vision, the people are unrestrained, But happy is he who keeps the law.

* Proverbs 29:18 The Message (MSG) If people can’t see what God is doing, they stumble all over themselves; but when they attend to what he reveals, they are most blessed.

If the enemy is successful in attacking your (spiritual) vision, then you will easily find yourself not being able to see and/or recognize what God is doing. You will make a mess of things trying to overcompensate what you believe must be done in order to appear holy and/or righteous. When your vision has been removed, you end up doing exactly what Samson was forced to do.

When Samson could not see (although he had his strength), he had to get a young boy (v.26) to walk him around and position him against the pillars. This came after the fact that Samson had already became a spectacle of the enemy as they were entertained by his lack of vision. Let that one sink in for a moment. Samson, the strongest man on the planet had to link himself to a child. How often do we (when our spiritual vision is gone) link ourselves to the immature (young)? Instead of being and doing what we are called to, we find ourselves walking hand in hand with those who haven’t matured. Granted they may help us get into position, but as a son of God we are called to mature and help the young (not the immature lead us). When our vision is out of whack, we suddenly embrace offense, hatred, anger, bitterness, etc. Most of this is simply the result of our actions as we lose our vision and then the first thing we do is run to the immature and link hands. The immature become our (spiritual eyes) vision. Once the enemy steals your vision, he kills your purpose, and destroys your destiny. Yes, Samson killed many that day, but what could he have become had he retained his vision? Better yet, what could you be if you maintained the vision so that you could recognize God?