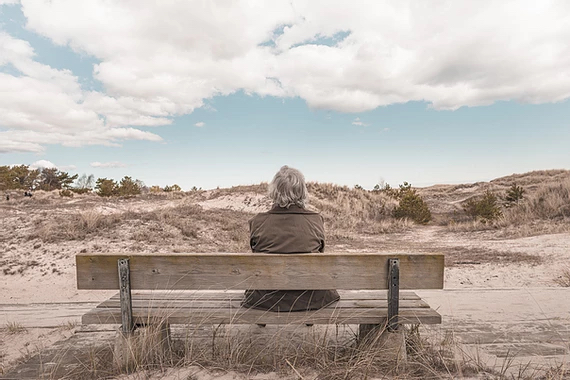 1 Thessalonians 1:2-4 We give thanks to God always for you all, mentioning you in our prayers, 3 remembering without ceasing your work of faith, labor of love, and patient hope in our Lord Jesus Christ in the sight of God and our Father. 4 For we know, beloved brothers, your election by God.

If Paul wrote you personally today, could he say this to you? In this one brief statement Paul was recognizing their faith and works which resulted in the church (people), LIVED out their faith. They didn’t say one thing and then live another way…their actions demonstrated their faith. Many of you will quickly tell me that you believe that the Bible is God’s written word for man. You will tell me that it is the infallible spoken word of God, revealing to us that God is who He says He is, and does exactly what He says He does. However, many will claim and agree, but many will never take the time to actually read the Bible. You come to hear the word, but don’t invest in the personal revelation of the word.

We look around the world today and we see Christians standing strong in places where Christianity is often outlawed or forced underground. And yet when we look at Christianity in the United States (and many other countries) we often see compromising, mediocre, and a complacent group of believers. There is no doubt that God has blessed many around the world. In the United States (for example) we have the freedom to share the gospel (for now), and yet few will actually make the conscious decision to do so. We have the best of the best when it comes to resources. If people want to learn more about God and help themselves develop their personal walk, the resources are in abundance. Yet we seldom choose to grow from these resources such as Christian Bookstores, to Christian Radio Stations, to Christian Coffee Shops, and a multitude of Bible believing/teaching churches.​

Luke 12:48 But he who unknowingly committed acts worthy of punishment shall be beaten with few stripes. For to whom much is given, of him much shall be required. And from him to whom much was entrusted, much will be asked.

Why? With all that we have, why are we far too often complacent in our Christian lives? Many of us honestly believe that we are ok with nothing more than a weekly attendance of an hour and half service. We are convinced that God really doesn’t expect more than my 90 minute focus for the 10,080 minutes that I have in one week.

Complacency is defined as the self satisfaction accompanied by the unawareness of actual danger of deficiencies. Complacency is an attitude that determines how we respond to given situations. The Agenda of Complacency is not to get you comfortable—it’s motive is to get you to a place where you’re no longer fulfilling God’s purpose in His Will. Many will become complacent, but choose to define it as balance. Complacency will tell you not to! Complacency tells you that it’s good enough, do no more. That’s too radical, go no further. That’s too much, remain still. Don’t go too far, better to do nothing than too much.

Matthew 16:13-27 When Jesus came into the region of Caesarea Philippi, He asked His disciples, “Who do men say that I, the Son of Man, am?” 14 They said, “Some say that You are John the Baptist, others say Elijah, and others Jeremiah or one of the prophets.” 15 He said to them, “But who do you say that I am?” 16 Simon Peter replied, “You are the Christ, the Son of the living God.” 17 Jesus answered him, “Blessed are you, Simon son of Jonah, for flesh and blood has not revealed this to you, but My Father who is in heaven. 18 And I tell you that you are Peter, and on this rock I will build My church, and the gates of Hades shall not prevail against it. 19 I will give you the keys of the kingdom of heaven, and whatever you bind on earth shall be bound in heaven, and whatever you loose on earth shall be loosed in heaven.” 20 Then He commanded His disciples to tell no one that He was Jesus the Christ. 21 From that time on, Jesus began to show His disciples that He must go to Jerusalem and suffer many things from the elders and chief priests and scribes, and be killed, and be raised on the third day. 22 Then Peter took Him and began rebuking Him, saying, “Far be it from You, Lord! This shall not happen to You.” 23 But He turned and said to Peter, “Get behind Me, Satan! You are an offense to Me, for you are not mindful of the things that are of God, but those that are of men.” 24 Then Jesus said to His disciples, “If anyone will come after Me, let him deny himself, and take up his cross, and follow Me. 25 For whoever would save his life will lose it, and whoever loses his life for My sake will find it. 26 For what will it profit a man if he gains the whole world and loses his own soul? Or what shall a man give in exchange for his soul? 27 For the Son of Man shall come with His angels in the glory of His Father, and then He will repay every man according to his works.

Simon Peter would confess him to be Christ, but moments later He tried to stop what was God’s Purpose because Peter (although quickly) became complacent in knowing that he was the Christ, without ever allowing Jesus to reveal He was the Christ. Like Simon Peter, one of the most dangerous times in our life is when we achieve a worthwhile goal, we soon start drifting with no direction and the attitude of “I did it, now what?”. Quickly it begins to form within us, becoming like a ship that is lost at sea. After achieving a goal that is within the desires of your heart, you must be willing to immediately replace it with another worthwhile goal, why?, because God is more than enough! Many will refuse to identify themselves as complacent by using their cause of action as one who is balanced.

Balance cannot be determined by man’s idea alone, but only as the word of God clearly reveals that Biblical Balance is directed under their authority of the Holy Spirit. Balance will convince you to relax, enjoy your fruit, stay in bed longer, enjoy the minutes that you earned. John 3:30 “He must increase, but I must decrease“…Balance that one! Truth is we have become complacent by calling it balanced. When the Agenda of Complacency enters our lives it officially becomes a path by default through an easy way out. Complacency encourages the absolute minimum. Why grow when things are going so good? Why push the envelope when I don’t have to? Why bring elements in that might upset the balance?

How is it that we recognize the Absolute Minimum on the job site and declare that if you don’t achieve your best, you don’t get paid and/or you can get fired. We recognize that the Absolute Minimum at school, you get bad grades and can even be expelled. When we do the absolute minimum in the world, we soon gain the reputation of one who will not help others achieve their goals. But, as we serve God, we gladly give him the absolute minimum and we are convinced that He is pleased. You know, He understands…wink wink.

The moment that you decided that you’ve done enough is the moment that you activate the Agenda of Complacency to no longer put into action what God has called you to do. We have to understand that it’s bigger than you. Your purpose is because God’s purpose is bigger than a typical church service. You will gladly change for your friends, family, spouses, etc. but you refuse to change for God. STOP living for you and the satisfaction of others…..START living for God. YOU have to decide, do I want to act (or even look) right or do I want to be right?

Would you prayerfully consider sowing into RJM today? PayPal.me/ryanjohnsonministry