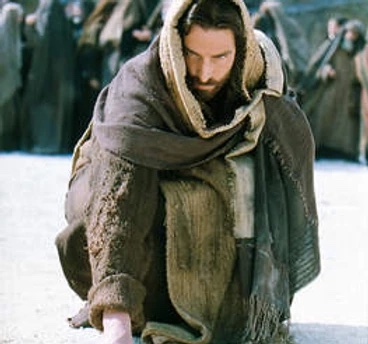 There is a major problem that seems to grow within every movement of Holy Spirit among different leaders and denominations that must be addressed in our time before we fail to see the reality of unity in the Body of Christ. It’s become so common that many have begun to accept it as a part of ministry although it’s the furthest thing from what is Biblical. How easy of a snare that it is and how quick we are to be trapped within the grips as a simple bait that the enemy continues to use for division among the Church. So, what exactly are we talking about here? I am talking about the distraction that causes us to miss the attraction.

Remember the passage of scripture found in John 8:1-11? In the scriptures we discover the story of a woman that was brought before Jesus because she had been caught in adultery. You know, the woman that was brought before a crowd in her humiliation. The one where the religious leaders of the day demanded that Jesus give a verdict of punishment, according to the Law of Moses. The scripture where Jesus took the time to actually write in the sand. Got it? Good, let’s dive into this some more for clarity to how we must overcome the issue before us today.

According to the Bible, for this woman to have been accused of adultery she literally had to be caught in the physical act of committing adultery. It’s also important to know that according to the Law of Moses there would have been consequences for the man who was committing adultery, but the religious leaders make no mention of this guy. One of the things that always amazed me was the fact that the religious leaders knew when and where this woman would be committing adultery, but not bringing the man into the picture as well. It is of my opinion that the guy was among the religious leaders because he is never mentioned and this all appears to be a part of an elaborate trap set into motion against Jesus. However, that part about the man is just my personal opinion, so let me get back on track here.

The Bible is very clear in John 8:6 that the scribes and Pharisees had brought the charges of the woman before Jesus so that they might have grounds for accusing Him. The latter part of the verse goes on to mention that Jesus stoops down to begin writing in the sand. It’s here that we have heard a million sermons on what Jesus possibly wrote in the sand. Personally, I have heard everything from the names of the religious leaders, the sins of the leaders, her name, and her sins. I have even heard sermons where some believe that Jesus simply wrote the word “forgiven”. Whatever it was, I do not believe it was so important for us to know. Had it been, John would have made sure to have let us know. Soon after the writing, Jesus stands back up and begins to address the leaders. And once again he stoops back down to write in the sand. Eventually the leaders begin to leave one by one and Jesus yet again stands, but this time when He stands He speaks directly to the woman. Now, I would strongly encourage you to go back and read this passage of scripture so that your own memory will be revived with what took place. With that said, let me get to my point of this blog.

When I see that the Religious leaders of the day where baiting Jesus into saying something that they knew they could find fault with, it immediately reminded me of what I see so often today. Here is a group of leaders who are positioning themselves to publicly declare that what Jesus is saying and doing in His ministry is wrong according to how they are doing ministry. You see they had to prove that Jesus was in error because He wasn’t doing ministry the same way that they were. Therefore, anyone who wasn’t going about the work of the LORD in the same manner that they were, well they were wrong and it had to be proved so. That’s why we have to stop being consumed with what was written in the sand and start looking at why He was there to begin with. You have to get this, here is this woman being charged with adultery and Jesus is first willing to get on her level. It’s then He is possibly looking into her eyes and with that He begins scribbling in the sand. At that moment, the religious leaders become consumed with what He was doing. Jesus stands to address the leaders and then stoops down again, looking in her eyes and writing in the sand. Can you imagine the murmuring among the leaders? “What is He doing?” “Why is He writing in the sand?” “Why isn’t He dealing with her instead of rubbing His finger in the sand?” Back and forth, the leaders are confused to why Jesus is doing what He is doing.

It’s then that their distraction had become her attraction! While they are being distracted with His writing, she is being attracted to the fact that He is willing to get on her level. When we see this we see a powerful way that Jesus did ministry. He did it in a way that seemed obscure, misunderstood at times, non-religious, etc. Let’s face it, Jesus wasn’t following the rules of the traditions of men and the religious system of the day.

It’s with this I see the problem within our day. Whenever someone outside of our own circle is doing something for the glory of God, we have the tendency to criticize their actions/motives. We do so and often feel validated because they didn’t do it according to our own standards. We are freely criticizing other ministers/ministries from a distance believing we know exactly what is going on. We watch on social media, we read the posts/updates, we see the pictures, and therefore we honestly believe that we have the right to criticize without proper grounds. When we are on the outside looking in, we are no different than the religious leaders of Jesus’ day. We are so distracted with the status updates, pictures, etc., that we miss the attraction of what Jesus was actually doing. There are so many leaders in our day that are being distracted with how other ministers/ministries are operating, that they themselves can’t see what God is doing in the middle of it all.

Every ministry/minister isn’t going to do everything that you do. They won’t sound like you, nor will they look like you. However, this doesn’t always make them in error. When ministries begin to take on an Anti-Christ spirit, then we have to voice our concerns. Until then, we as leaders within the Body of Christ have to stop slandering other ministries/ministers because they aren’t like us. We as leaders have to realize that there will be others who represent the identity of Christ who won’t always go about it the way that we feel is necessary. That’s the beauty of the Body of Christ. Not everyone has to be like everyone. Leaders, it’s time for us to no longer be distracted and realize that the attraction of Jesus is enough!