Turnaround and Face the Wall 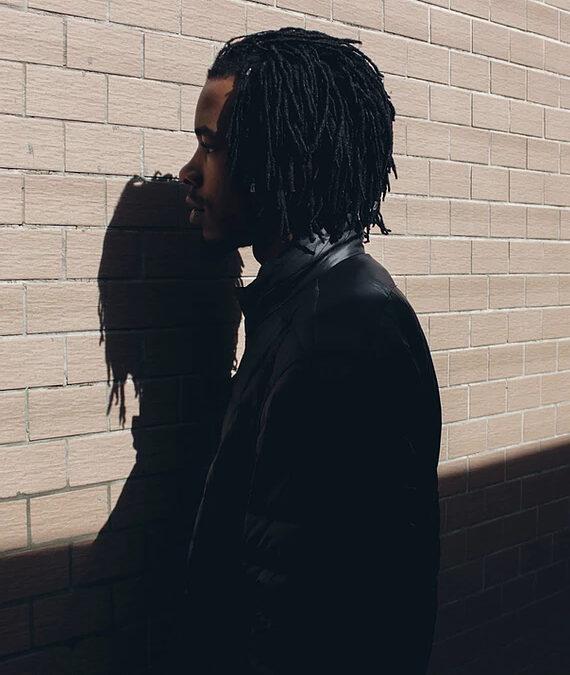 By now we would all agree that 2020 has been a year that feels upside down in every way possible. It seems like there has been an onslaught of bad news after bad news. The stress, financial loss, lockdowns, quarantines, business loss, school problems, and of course the reality of COVID-19 impacting people from minor to major implications. It’s during seasons like this that many people begin to ask, “Why do bad things happen to good people?” The majority will quickly quote Matthew 5:45, “so that you may be sons of your Father who is in heaven; for He causes His sun to rise on the evil and the good, and sends rain on the righteous and the unrighteous.” The simplest answer is that we live in a fallen world. Although challenging times are before us, we do have to remember that we are not exempt from the trials of life just because we are believers. The Apostle Peter said, “Beloved, do not be surprised at the fiery ordeal among you, which comes upon you for your testing, as though some strange thing were happening to you; but to the degree that you share the sufferings of Christ, keep on rejoicing, so that also at the revelation of His glory you may rejoice with exultation. If you are reviled for the name of Christ, you are blessed, because the Spirit of glory and of God rests on you. Make sure that none of you suffers as a murderer, or thief, or evildoer, or a troublesome meddler; but if anyone suffers as a Christian, he is not to be ashamed, but is to glorify God in this name.” (1 Peter 4:12-16).

A few days ago I was praying and seeking the Lord for insight in the midst of this chaotic season. I stated, “Lord, I feel like our backs are against the wall”. It’s then that I heard the simple statement, “Turnaround and Face the Wall”.

Isaiah 38:1-6 “In those days Hezekiah became mortally ill. And Isaiah the prophet the son of Amoz came to him and said to him, “Thus says the Lord, ‘Set your house in order, for you shall die and not live.’” Then Hezekiah turned his face to the wall and prayed to the Lord, and said, “Remember now, O Lord, I beseech You, how I have walked before You in truth and with a whole heart, and have done what is good in Your sight.” And Hezekiah wept bitterly. Then the word of the Lord came to Isaiah, saying, “Go and say to Hezekiah, ‘Thus says the Lord, the God of your father David, “I have heard your prayer, I have seen your tears; behold, I will add fifteen years to your life. I will deliver you and this city from the hand of the king of Assyria; and I will defend this city.”

Hezekiah, in one moment turned his back to mankind and faced the wall to go to The Lord. In doing so, he confronts two major problems: invasion from an enemy and terminal illness. You have to realize what Hezekiah could have easily done, yet what he actually did. Hezekiah, being the King, could have easily had the Prophet Isaiah removed for delivering such a strong word. Reality is today, many would have thrown Isaiah under the bus for ever releasing this kind of word. It’s not comforting, it’s not edifying, and it’s not exhorting. The word is plain, direct, and straight to the point. King Hezekiah could have called for the Priest to come and pray for him. He could have called for the people and made a public declaration before the people on before of his life. He could have called for other Prophets to give him a more kind and receptive word. But this isn’t what Hezekiah does. Rather he turns his back to man, and faces a wall to seek the Lord.

Sennacherib, king of Assyria, previously sent an invasion force to Jerusalem. His emissary hurls insults at Hezekiah and blasphemes his God, Jehovah. And now not long after these attacks, Hezekiah receives more bad news when Isaiah tells him to get his house in order because he is going to die and not live. There are some problems that we encounter in our lives that are self-induced. However, we cannot say that about them all because others are not. You have to understand how The Bible describes Hezekiah. He is a great king who helps to lead one of the greatest revivals in Judah’s history (according to 2 Chronicles 29-31). The truth is that even God’s most faithful saints are not exempt from life’s challenges, difficult circumstance, tribulations, and/or trouble. Hezekiah was 39 years old when he received this word from Isaiah. So what does Hezekiah do? He prayed!

Hezekiah turned his face to the wall. Prayer is a weapon for every believer. There was a generation, and many generations before us who knew the power of prayer. They depended upon it for life. For those individuals, prayer was indispensable. They didn’t have an Urgent Care, or a hospital that they could get to quickly. They didn’t have early warnings during storm seasons. They didn’t have unemployment benefits or government assistant programs. They had to learn to pray until God moved. Today, I am very concerned that the lifestyle of praying through is almost a lost passion today, and sadly even the willingness to pray corporately on a consistent basis by some seems almost nonexistent in many churches. Nevertheless, God heard Hezekiah’s prayer, and He responded.

According to 2 Kings 20:3-4, before Isaiah the prophet could leave, God gives him a word, responding to Hezekiah’s prayer. Isaiah would immediately return to King Hezekiah, stating that God heard his prayer and promised to extend his life by fifteen years, and God would also deliver the city from its enemy. This passage of scripture is an encouragement for us as it lets us know that God hears and answers prayer. Granted, some answers are immediate as in this particular case, and some are delayed like Daniel’s (Daniel 10:10-13). Regardless of the timing, God answers prayer and is also known as a promise keeper. God promised David that he would always have a descendant upon his throne (2 Samuel 7). We understand this promise as the Davidic Covenant (2 Samuel 23:5). You got to remember that at the moment of receiving the word from Isaiah, Hezekiah was without an heir and had he died God’s promise to David would have been broken. Think about what God has promised you? Now, recognize the weight that if He made you a promise, then He will surely bring it to pass.

What does all this mean for us? First, we have to stop depending on our resources from the voices that are not founded upon the Word of the Lord. We can’t continue the routine of the daily cycle of doom, gloom, and despair of the current media (tv, news, social media, etc.). We cannot afford to keep listening to mankind tell us how everything is going to fall apart, how awful life is, and how we can’t survive. We have to be willing to turn our backs to mankind and learn how to turn our face back to The Father. We have got to stop depending on FoxNews to give us the good news, and learn how to get The Good News back into our vocabulary. God can turn our desperate and impossible situations around in our lives. Whether it is failing marriages, rebellious children, financial challenges, COVID-19, etc.. God can turn it around, if we will once again turnaround to pray and trust Him! I am not saying that man won’t be able to help you from time to time. Yes, mankind has the ability to share wisdom, and can pray in agreement with us. However, we cannot solely depend upon man to do everything for us. The voice of reasoning cannot be found in the world. His Voice is discovered through communion with Him!

Don’t give up! Remember that God specializes in turning around desperate situations. You got to use the greatest weapon given unto His children, which is Prayer. Prayer is one of several keys given to the believer that can move God to intervene in life’s tough situations. When you learn to develop a consistent life of prayer, then your approach to God isn’t something that is activated only when there is a need. God enjoys the time that we spend with Him in fellowship through prayer, therefore we must cultivate the lifestyle of prayer as a believer. Turn the news off and get in His Word. Spend less time on social media and more time listening to Praise and Worship. Devote your life to Prayer and less of it trying to be culturally relevant and socially accepted. Turn your back to the crowd of acceptance for the place of intercession!