Where are the David’s? 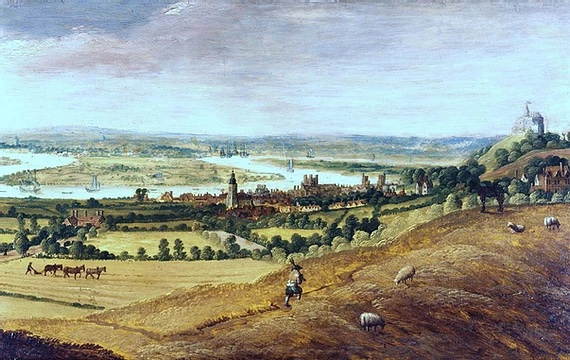 One of the more powerful words I have ever heard came from Evangelist Steve Hill when he preached a message asking the question, “Where are the Men of God?”. In the message, Steve details the encounter of the Prophet Nathan as he detailed the moment that he had to bring a very difficult word to King David. If you are familiar with Steve Hill you can imagine the power of his voice with Holy Spirit Conviction resonating as he described the encounter and how David was forced to deal with his sin. In the message, Steve is emphasizing the importance of having men around us like the Prophet Nathan who are willing to speak into our lives and tell us the difficult things. There have been many times in my life where I have went back and watched that clip from the message to remind myself the importance of not only being a Nathan to those around me, but also to keep in mind how important it is for me to be a David.

You Are The Man!

I found myself in the recent weeks going back over the scripture that we read in 2 Samuel Chapter 12. We have to keep in mind that the Prophet Nathan did not deal with King David as a child, rather he dealt with him with a strong rebuke.

1 Then the Lord sent Nathan to David. And he came to him and said, “There were two men in one city, the one rich and the other poor. 2 “The rich man had a great many flocks and herds. 3 “But the poor man had nothing except one little ewe lamb which he bought and nourished; and it grew up together with him and his children. It would eat of his bread and drink of his cup and lie in his bosom, and was like a daughter to him. 4 “Now a traveler came to the rich man, and he was unwilling to take from his own flock or his own herd, to prepare for the wayfarer who had come to him; rather he took the poor man’s ewe lamb and prepared it for the man who had come to him.” 5 Then David’s anger burned greatly against the man, and he said to Nathan, “As the Lord lives, surely the man who has done this deserves to die. 6 He must make restitution for the lamb fourfold, because he did this thing and had no compassion.” 7 Nathan then said to David, “You are the man! Thus says the Lord God of Israel, ‘It is I who anointed you king over Israel and it is I who delivered you from the hand of Saul. 8 I also gave you your master’s house and your master’s wives into your care, and I gave you the house of Israel and Judah; and if that had been too little, I would have added to you many more things like these! 9 Why have you despised the word of the Lord by doing evil in His sight? You have struck down Uriah the Hittite with the sword, have taken his wife to be your wife, and have killed him with the sword of the sons of Ammon. 10 Now therefore, the sword shall never depart from your house, because you have despised Me and have taken the wife of Uriah the Hittite to be your wife.’ 11 Thus says the Lord, ‘Behold, I will raise up evil against you from your own household; I will even take your wives before your eyes and give them to your companion, and he will lie with your wives in broad daylight. 12 Indeed you did it secretly, but I will do this thing before all Israel, and under the sun.’” 13 Then David said to Nathan, “I have sinned against the Lord.” And Nathan said to David, “The Lord also has taken away your sin; you shall not die. 14 However, because by this deed you have given occasion to the enemies of the Lord to blaspheme, the child also that is born to you shall surely die.” 15 So Nathan went to his house.

Such a powerful and strong statement, “You are the man”. Throughout the years of reading this passage over and over, I have often asked myself how the Prophet knew that he could deliver such a strong word to the King. Keep in mind that very fact. David was the King. He wasn’t a little shepherd boy tending to the flock in the field. He wasn’t one of the mighty warriors that could be found in battle for King Saul. By this moment in time, David is the King of Israel. The conviction that the Prophet must have felt and the weight of the word that he was carrying must have been a heavy burden. Nevertheless, when the moment had arrived Nathan declared “You are the man.”

Where Are The David’s?

Again, I have found myself reading this passage to make sure that I surround my life with others who are like the Prophet Nathan. To constantly check myself to see that I do not stray and keep those around me who can call out my sin. That’s when this message came to my remembrance again. I could hear the voice of Steve Hill in the video calling out, “Where are the Men of God?”. Steve was crying out for men of God to hold another accountable and to help keep us from our own downfall because of our willingness to submit to our fleshly nature. That’s when the Lord flipped the image for me. I began to think about the question, “Where are the David’s?”. Let me explain.

In 1 Samuel 13 we read where the Prophet Samuel had to rebuke King Saul for his disobedience to the word of the LORD. In this particular matter, King Saul refused to take responsibility for his disobedience. King Saul immediately began to blame others for the choices that he had made in direct disobedience to what the LORD had commanded. Eventually King Saul would somewhat come around and acknowledge some of his errors, but he would never fully admit to his disobedience. And then in a moment of pure amazement, the King would request that the Prophet Samuel would come back to Jerusalem with him and bless him before the people. King Saul, who was in sin, refused to repent for his sin and then ultimately wants to be blessed before the people. The stature of who he was before the people meant more to him than for who he was before the LORD. Thankfully, we don’t see this kind of response from King David. When the Prophet Nathan rebuked David, the scripture gives us the understanding that David immediately declared that he had sinned against the LORD. David would go directly to the Temple and render his garments in repentance. He would cry out to the LORD as he sought for the forgiveness of his sin. Eventually we see that David would return to Bathsheba and they would have another son (Solomon).