Why I Have Hope During this Political Drama 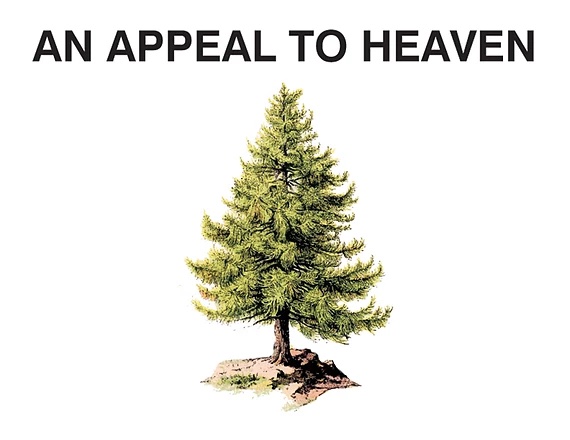 Without a doubt, this 2016 Presidential Race is one of the wildest and craziest events we have ever seen on a political platform. Dirty politics, crazy comments, pundit commercials, etc., is nothing new to the American people in the recent fifty years of public office races. Although we have seen the wild and crazy of it all, this Presidential race is on another level that we haven’t been a part of before. So, what exactly is taking place before our eyes. On the Republican side we have candidates that are launching every attack on a candidate that is far from an actual politician. On the flip side that same individual is consistently throwing insults at the politicians with a great success rate. On the Democratic side we have a candidate who has a long history of cover ups, manipulation, and lies. While the other candidate is popular based purely on the concept of giving away our Freedoms. Sitting back through all of this I am amazed at the madness that continues to grow. For years the Body of Christ remained silent concerning the arena of politics and because of her silence this nation has become the mess that it is today. Today there are now many within the Body of Christ who are very outspoken about the current political scene and it’s creating anger/frustration within the Body because they are too outspoken. They complained when no one said anything and now they complain when someone says something. Welcome to 2016.

You see and hear the debate between those who share their idea of what a presidential candidate should look like, what they should sound like, and especially how they should act. Although the arguments are never ending within the candidates, media, and within the church; we have to realize that before it’s all said and done, we will end up with two individuals from two different parties battling out for the title of President. After all the dust settles due to the primaries and we get into the real heat of the battle where will the Christians actually stand. From the beginning of the search for the perfect political candidate the debate of who is right and who is wrong has been raging strong within many leaders in the Body of Christ. Truthfully, it’s become confusing and more of a headache to deal through than trying to understand what the candidates are actually standing firm upon.

Let’s fast forward a little bit into the future and determine that the last two standing will be Republican Candidate Donald Trump and Democratic Candidate Hillary Clinton. Where will the Christian vote go then? There have been many Christian leaders and voices throw their support for Trump for many months now. While others have voiced their concern and frustrations concerning Trump. We have heard very little from the Body of Christ concerning Clinton. Naturally the reason we may have heard little is due to the high drama we have seen in the republican primaries. Can the Body of Christ unite to get behind a candidate for President? Can the Body of Christ stop the bickering and slandering of other ministers/ministries who don’t agree with their opinion and political views? It will be interesting to see. Granted, there will be those within the Body of Christ who will vote for Trump and those who will vote for Clinton. My concern will come from those who voice their opinion but refuse to vote believing that a No Vote is more powerful than their yes. We will hear the onslaught of Christians of will defend not voting because they couldn’t agree with Trump, believing him to be a con-man. The ignorance behind that decision is ultimately throwing support towards Clinton. And yet we will hear the opposite of those who vote for Clinton because they didn’t like Trump.

I feel it is important to clarify something here. I am in no way a fan of Donald Trump or Hillary Clinton. I have not supported either of these candidates. However, if these two end up being our only options, we the American people have a responsibility to VOTE. Therefore, it is my responsibility to exercise that right that so many have fought and gave their life to defend.

Now, let’s get real! I cannot help but to hear and see the actions of Donald Trump, and be reminded of King Saul. His antics and his rise of popularity has a lot in common with the scriptures concerning King Saul. It’s very important for Trump to be liked and applauded by the people…like Saul. Trump is the kind of person who doesn’t do everything exactly how he should and yet has a way of explaining why he did what he did, then expect to receive the praise of others…like Saul. The list can go and on in comparison to Trump and Saul. I cannot help but to hear and see the actions of Hillary Clinton, and be reminded of Queen Jezebel (King Ahab – Bill Clinton). Her ability to manipulate her wickedness is outstanding on the political forefront….like Jezebel. There is a great threat that Clinton is able to somehow control others with…like Jezebel. Clinton’s continued support of murdering innocent lives through abortion…like Jezebel. Like the list with Trump, the comparison to Clinton and Jezebel is evident.

Now we are forced to pick between a potential Saul and a potential Jezebel. Once again we will hear the old saying, “Choosing the lesser of two evils”. I’ll admit that I hate to hear that statement because I keep asking why do we have to settle for an evil. However, it is a reality. These two candidates are looking to be our only choices. Why? Because the people demanded change. They wanted things to be different as they have been tired of the way things have been going. The American People are sick of so many different things that they are drawn to the potential that these candidates bring to the table. It’s because of the voice of the people that brings me more and more to the comparison of Trump to King Saul. The people wanted a King and ultimately God would give them Saul. And here begins my hope.

Without a doubt King Saul was not the best of Kings. God gave the people what they wanted as they called him King, while God would refer to him as Prince. Saul was full of mistakes, lies, and manipulation. However, there were times when Saul was effective in being a leader. There were moments of victories and triumphs for the people. Granted Saul had a complex that ended his life, but there were moments of a leader. I simply say all of this to bring us to this one point…Saul may have been the people’s king, but God had His King waiting to take his place. We have to remember that even though they had to endure Saul’s antics, it did position David to establish the Presence of God back in the nation. It wasn’t Saul who made Israel Great Again, rather it was David who brought the Presence back to Jerusalem making the Nation Great Again.

I have Hope during this political drama because I choose to believe that God has a David anointed in the field being prepared to come to the forefront to once again bring the Presence of God back to this Nation. When I see Trump, I hear Saul. But when I recognize that there could be a Saul, I get excited believing that God is not done with this Nation yet. Yes, I personally believe that the best is yet to come. Yes, I will take a Saul over a Jezebel. Yes, I will continue to make An Appeal To Heaven.

My HOPE is not in a candidate, nor a President, nor a Political Party, nor a government. My HOPE is in Abba Father, creator of the Heavens and the Earth, author of Life, the Great I AM.