So you got a horrible leader 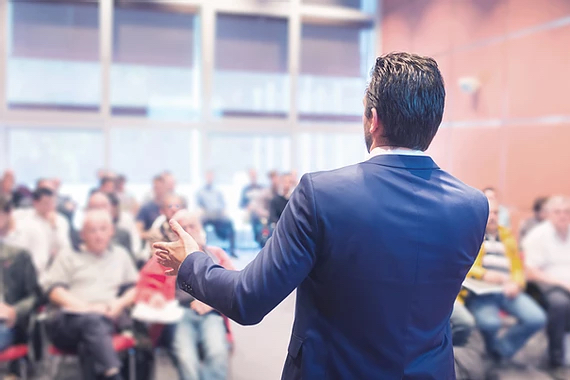 We all have the stories of horrible leadership. They were controlling, they were manipulative, they were dictators, they were abusive, they were (fill in the blank). And now because of everything you have been through you have become set in your ways to never sit under another leader again. You’re determined never to submit to any kind of spiritual authority. Local Church Leadership…yeah right, you laugh at the idea or concept of the local church. Why? Why not! You were hurt, you were controlled, you were manipulated, you weren’t given the proper opportunity, you weren’t given the attention that you deserved. You simply refuse to progress because you were once in the possession of a horrible leader. Well…….so what!

YEP, so what. Get in line. The overwhelming majority of individuals in the church have experienced some form of horrible leadership. We all have our stories. We all have our testimonies. We all have the t-shirt to go with it. You are not the only person in the church who has ever endured some form of leadership that did not go in the way that it should have gone. No one is perfect and contrary to your own belief, you may also not be perfect. I know, that it’s extremely difficult to comprehend.

I have been a follower of Christ since late 1997. In the time since then I have served under leadership who professed to love me for years and often told me how I would go on to bigger things. Then the day came when I transitioned and I immediately became the enemy. So much of an enemy that the leader got up in front of the whole church and professed a multitude of lies about me. They were comical to say the least. I served under a leader who one day began to get on my computer and pretend to be me. Sent out emails pretending to be me. Got on my social media, pretending to be me and carried conversations with others trying to bait me into a trap. They sent out friend requests and would often call other leaders making up stories of things that I was not doing, but creating the idea of how rebellious I had become. When I confronted the leader they lied to me personally, and then proceeded to carry the lies further with other leaders in the room. I have served with a leader who walked into my office after being on staff for 7 months and told me they could no longer pay me anything. Three weeks later this same leader told me that me and my family were no longer welcome at the church. That particular leader professed to label me as a prophet only for profit. Funny thing about that was the profits being made weren’t coming to my pocket, rather the money would some how end up being mishandled. Strange how that works, huh? I have served where the moment that I transitioned because of something that I needed to do in accordance to what I am called to do, I have had leaders pitch fits when people unfriended or blocked them, and yet the moment I had to walk away they would unfriend and block me on every platform of social media. It’s ridiculous, I know.

My point…I have served with some pretty horrible leaders, but at NO TIME did any one of these individuals stop me from walking in honor and respect towards leaders. At no time did they keep me from serving leaders. At no time did they keep me from recognizing the value that leaders bring to the Body of Christ. Yes, there have been a multitude of horrible leaders, but there have always been many more who invested into my life. They have taught me how to mature, how to develop through wisdom. They have took me in broken and in need of mending. They have loved me when many rejected me.

I cannot endorse anyone who rejects the idea of submitting to spiritual authority. Horrible, abusive, controlling, manipulating, (fill in the blank) leaders should never be your reason for denying Biblical standards. Glory follows order and whether you want to admit it or not, God has established order in the Kingdom. You cannot allow the wrong to be the mandate for the rest of your life. You have to learn to get beyond what went wrong so that you can embrace what is good.

Truth is, some who are constantly talking about horrible leaders are the same ones who get weekly paychecks from horrible bosses. And yet, you go to work day after day because you recognize how you need that job to help you and your family. You put up with things that you disagree with because you understand that regardless of how they may be, the work is something that helps you in life. Now, let me go ahead and say that I am not implying that you put up with physical and/or emotional abuse. That is NOT what I am saying at all. If you are in a physical and/or emotional abusive situation…get out and get out now! Strangely enough to that, I have never met an individual who refuses to go to a bank to get their check cashed or deposited. They don’t refuse even though they know that somewhere along the way their bank has received counterfeit money. Not only that, those same individuals go shopping and exchange their money in hand for money that comes back in change…and yet there is a high probability that the store could have received a counterfeit and now the individual has a counterfeit. And yet, that doesn’t stop them from buying product from the store.

That’s fascinating isn’t it? It’s fascinating because every time I say anything about receiving guidance from leaders, submitting to leaders, and/or serving leaders…I always get the trauma stories of leadership & why people can’t always trust leaders.

How is it that whenever something is said about leadership, many have to come back with why they can’t learn, grow, and/or submit to leadership. You’ll cash the check & exchange the money without hesitation in the midst of counterfeit. Yet…you’ll allow the counterfeit leadership to keep you limited and sometimes bound to your own mind. You gotta get beyond bad leadership and learn to embrace those who have the authentic heart of The Father. STOP categorizing every leader with those who have failed you. They failed you…I got it. Now learn from it and move on. You got to learn to receive the lessons learned and continue to be the follower of Christ that you’re suppose to be. Wanna know the truth? Everyone isn’t abusive. Everyone isn’t a dictator. Everyone isn’t against you. Everyone isn’t a failure as a leader.

You have got to stop the blame. When you live as a follower of Christ, you recognize that you will endure some horrible leaders, and though they may fail you, they cannot deny who you have been called to be. You see when you’re a follower of Christ, man cannot be the reason of determining not to be obedient to God’s Word. You gotta learn to pick yourself up and knock the dust off. You gotta get up and you keep going. Man will fail you from time to time, and yet man will also be there to help pick you up to teach you how to go on. Stop living your life in such a way that you deny yourself what God has positioned (through leadership) to develop you.

Joseph served Pharaoh, Joshua served Moses, Daniel served Nebuchadnezzar, David served Saul, Elisha served Elijah, the disciples serve Jesus, Timothy served Paul, Leonard Ravenhill served A.W. Tozer, Steve Hill served Ravenhill, and the list goes on. You have got to learn how to recognize the counterfeit by knowing the authentic. Stop allowing the counterfeit to be the currency of your life!